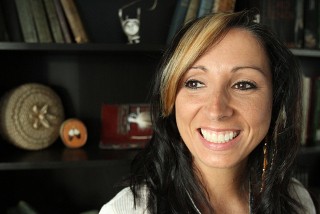 Pamela Palmater is a Mi'kmaq woman from the Eel River Reservation in New Brunswick. She is a lawyer, professor, and an award-winning activist for aboriginal peoples and their rights. Palmater fights for many different social justice issues, including child and family services, treaty rights, education for aboriginal peoples, and off-reserve housing. She has been particularly critical of the Indian Act.