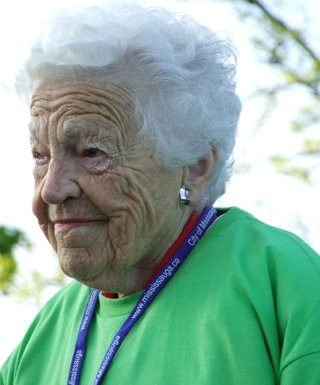 Hazel McCallion was the longest-serving mayor in Mississauga, Ontario (1978 to 2014), known as “Hurricane Hazel” because of her outspoken political style.