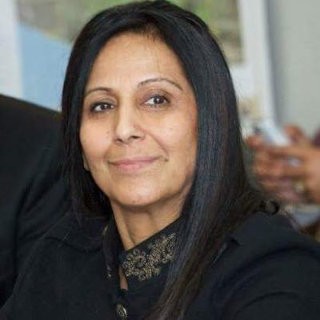 Nina Grewal is a businesswoman from Surrey, British Columbia. She was a Member of Parliament from 2004 to 2015.