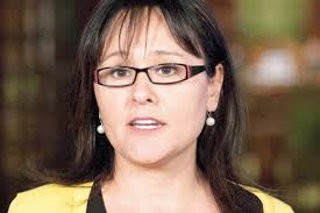 Leona Aglukkaq is a political leader and negotiator from the Northwest Territories. She was the first Inuk to be appointed to Cabinet. Her focus in government was to improve the quality of life for indigenous peoples, especially in the North.