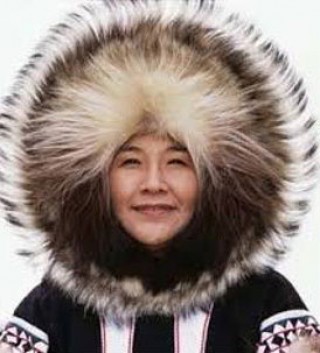 Rosemarie Kuptana is an Inuit woman from Sachs Harbour, Northwest Territories. She focuses most of her energy on promoting Inuit life and culture, environmental protection in the Arctic, and the right for Inuit people to have self-determination.