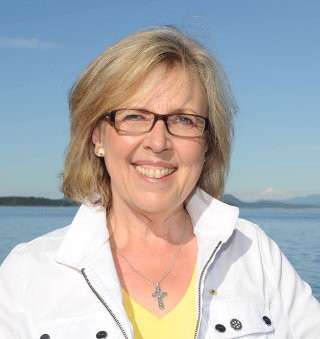 Elizabeth May is the leader of the Green Party and an advocate for social justice, the environment, human rights, and sensible economic solutions. She is an environmentalist, writer, activist and lawyer. She has suffered much abuse by the media in her career as a politician.